An Introduction to Pig

Pig is an open source high-level data flow system. Apache Pig allows us to write complex MapReduce transformations using a simple scripting language (e.g. 10 lines of Pig script is equal to 200 lines of Java). This language is called Pig Latin. Pig Latin defines a set of transformations on a data set such as aggregate, join and sort. The statement written in Pig script is then translated by Pig into MapReduce so that it can be executed within Hadoop. Pig Latin may be extended using User Defined Functions (UDFs), which the user can write in Java, Python etc. or a scripting language and then call directly from the Pig Latin.

Pig was mainly designed for performing a long set of data operations, making it ideal for three categories of Big Data operations:

Why to use Pig when MapReduce already exists?

Advantages of Pig include: 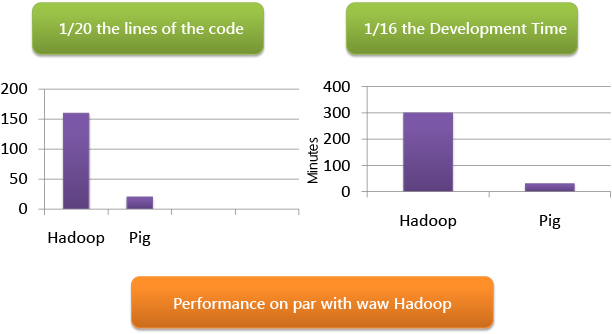 Pig is useful for:

Pig is not useful:

Modes of User Interaction with Pig

There are 3 main/basic parts in Pig programming language:

A Pig program goes through a series of transformation steps before being executed as shown in the above figure. 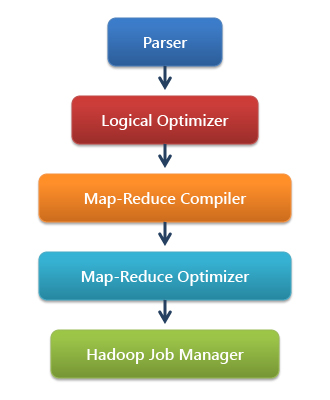 Data model can be defined as follows:

Difference between Pig and Hive