An Introduction to HBase

Apache HBase is an open source, non-relational database that runs on top of the Hadoop Distributed File System (HDFS) and is written in Java. It is columnar and provides fault-tolerant storage and quick access to large quantities of sparse data. Sparse data means small amounts of information which are caught within a large collection of unimportant data, such as finding the 50 largest items in a group of 2 billion records. HBase features compression, in-memory operation, and Bloom filters on a per-column basis. It also adds transactional capabilities to Hadoop, allowing users to conduct updates, inserts and deletes. HBase is useful when you need random, real time read/write access to your Big Data. HBase was created for hosting very large tables with billions of rows and millions of columns over cluster of commodity hardware.

Features of HBase include: 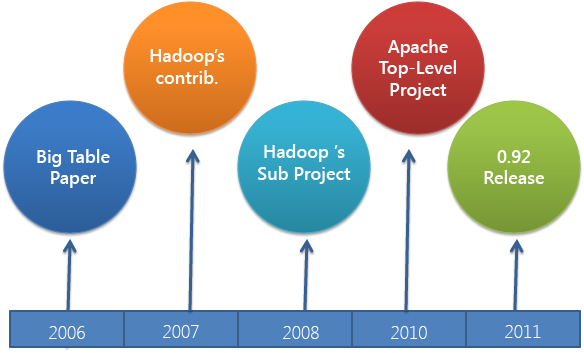 When to use HBase?

HBase is useful only if:

When Not to use HBase?

HBase isn't suitable for every problem. It is not useful if:

What is No SQL Database?

HBase is a type of "NoSQL" database. "NoSQL" is a general term meaning that the database isn't an RDBMS which supports SQL as its primary access language, but there are many types of NoSQL databases Berkeley DB is an example of a local NoSQL database, whereas HBase is very much a distributed database. HBase is really more a "Data Store" than "Data Base" because it lacks many of the features you find in an RDBMS, such as typed columns, secondary indexes, triggers, and advanced query languages, etc.

Difference between HBase and HDFS

Difference between HBase and RDBMS

HBase has 2 run modes: Standalone HBase and Distributed. Whichever mode you use, you will need to configure HBase by editing files in the HBase conf directory. At a minimum, you must edit conf/hbase-env.sh to tell HBase which java to use. In this file you set HBase environment variables such as the heapsize and other options for the JVM, the preferred location for log files, etc. Set JAVA_HOME to point at the root of your java install. 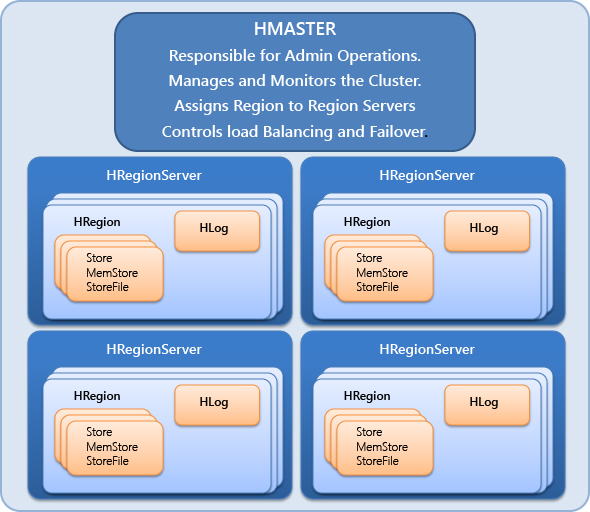 Data in HBase is stored in Tables and the Tables are stored in Regions. Table is partitioned into multiple Regions whenever it becomes too large. These Regions are assigned to Region Servers across the cluster. Each Region Server hosts roughly the same number of Regions

The responsibilities of HMaster include:

Whereas, the HRegionServer perform the following: 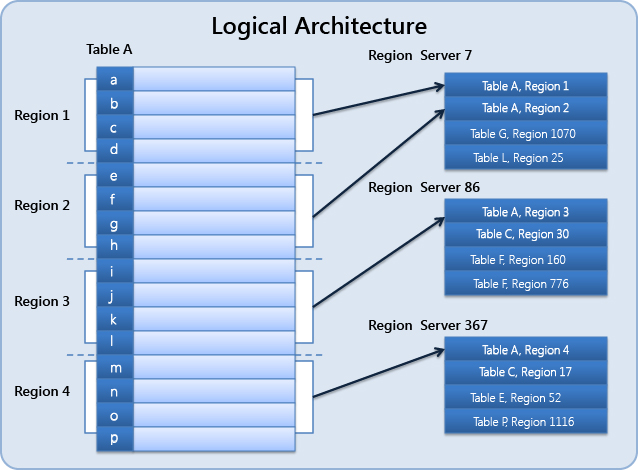 An HBase RegionServer is assembled with an HDFS DataNode. There is a direct communication between HBase clients and Region Servers for sending and receiving data. HMaster is responsible for Region assignment and handling of DDL operations. ZooKeeper maintains the online configuration state. HMaster and ZooKeeper are not involved in the data path. 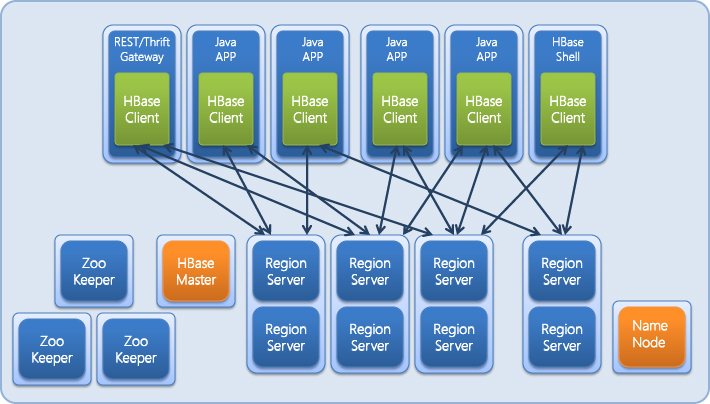 A RegionServer contains a single Write-Ahead Log (WAL) (called HLog), single BlockCache, and multiple Regions. A region in turn contains multiple Stores, one for each Column Family. Further each Region is made up of a MemStore and multiple StoreFiles. A StoreFile corresponds to a single HFile. HFiles and HLog are persisted on HDFS.

.META is a system table which contains the mapping of Regions to Region Server. When trying to read or write data from HBase, the clients read the required Region information from the .META table and directly communicate with the appropriate Region Server. Each Region is identified by the start key (inclusive) and the end key (exclusive). 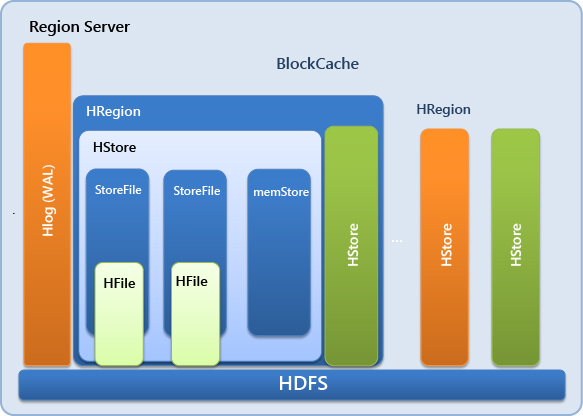 HBase Data Model is designed to accommodate semi-structured data that could vary in data type, field size, and columns. The layout of the data model is in such a way that it becomes easier to partition the data and distribute the data across the cluster. The Data Model in HBase is made of different logical components such as Tables, Rows, Column Families, Column Qualifiers, Columns, Cells and Versions. 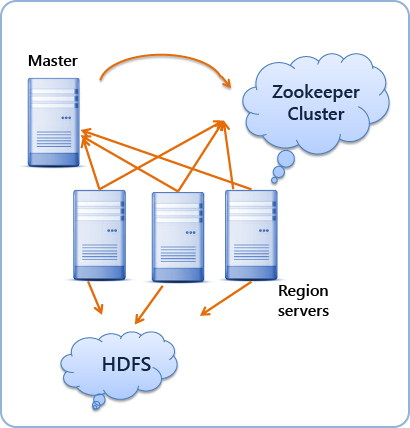