An Introduction to Hadoop

Apache Hadoop is an open source software project that enables the distributed processing of large data sets across clusters of commodity servers. It is designed to scale up from a single server to thousands of machines, with a very high degree of fault tolerance. Rather than relying on high-end hardware, the resiliency of these clusters comes from the software’s ability to detect and handle failures at the application layer. The Apache Hadoop framework is composed of the following modules:

Hadoop was created by Doug Cutting and Mike Cafarella in 2005. Cutting, who was working at Yahoo! at the time, named it after his son's toy elephant. It was originally developed to support distribution for the Nutch search engine project. 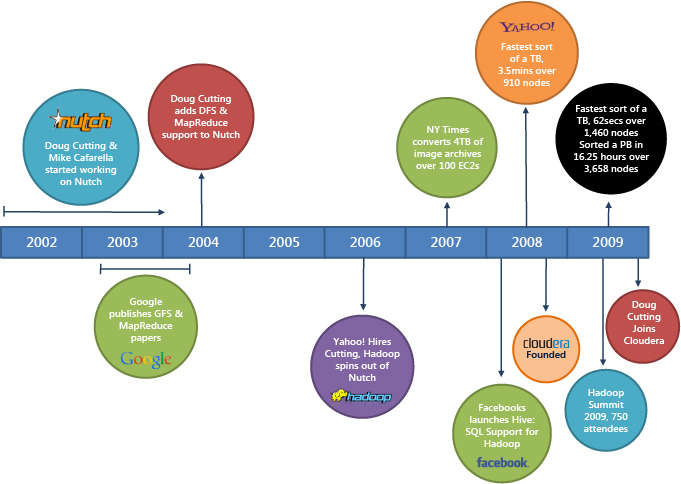 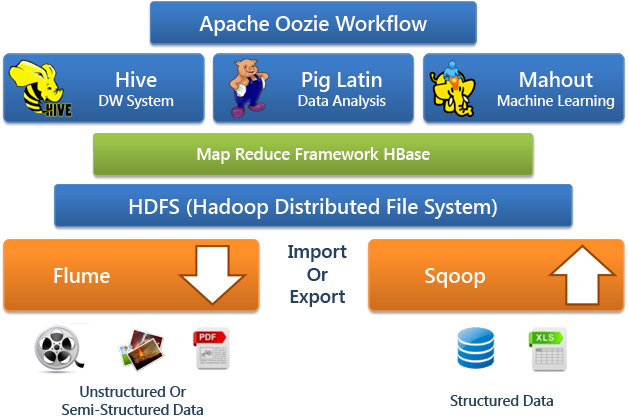 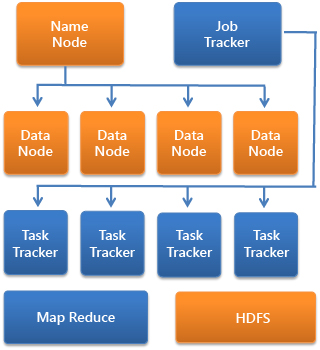 HDFS is a fault tolerant and self-healing distributed file system designed to turn a cluster of industry standard servers into a massively scalable pool of storage. Developed specifically for large-scale data processing workloads where scalability, flexibility and throughput are critical, HDFS accepts data in any format regardless of schema, optimizes for high bandwidth streaming, and scales to proven deployments of 100PB and beyond. 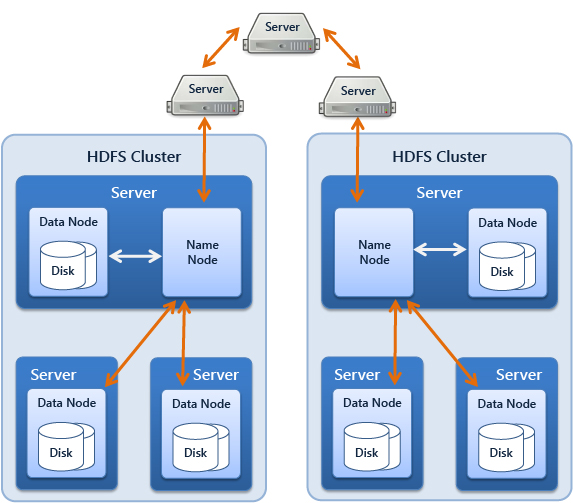 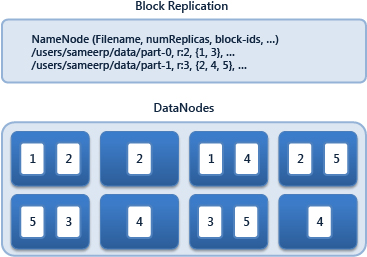 MapReduce is a software framework for easily writing applications which process multi-terabyte data-sets in-parallel on thousands of nodes of low cost commodity hardware in a reliable, fault-tolerant manner. A MapReduce job consists of two separate tasks: Map Task and Reduce Task. An input data-set is usually split into independent chunks by a MapReduce job , which are then processed by the map tasks in a completely parallel manner. The outputs of these maps are then sorted, and given as input to the reduce tasks. The scheduling, monitoring of these tasks are taken care by the framework and also the framework re-executes any failed tasks.

With MapReduce and Hadoop, instead of moving data to the compute location, the computation happens at the location of the data; storage of storage and the processing coexist on the same physical nodes in the cluster which results in very high aggregate bandwidth across the cluster. The MapReduce framework consists of :

The responsibilities of master include scheduling the jobs' component tasks on the slaves, monitoring them and re-executing the failed tasks. The slaves are responsible for executing the tasks as directed by the master. 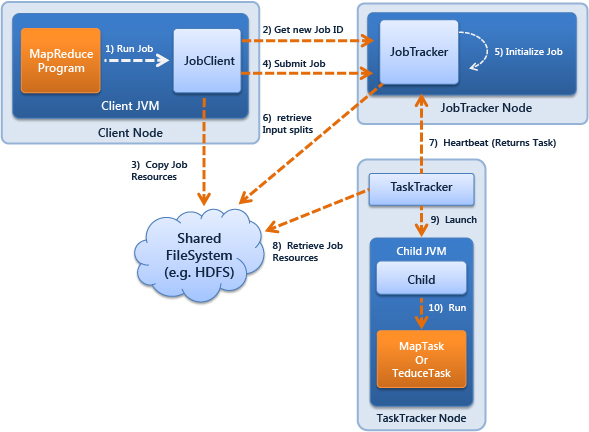 The two biggest advantages of MapReduce are:

The main files for configuring Hadoop are:

Difference between Hadoop 1.x and Hadoop 2.2

Apache Hadoop 2.2.0 consists of significant improvements over the previous stable release (hadoop-1.x). Below is a short overview of the improvments to both HDFS and MapReduce in Hadoop 2.2